Sorry, but I don't understand Norwegian, and I want to be sure about asking the things in the right way. Please, feel free to answer in Norwegian, I had Google Translate ;).

I'm thinking about making a squad for milsim with a norvegian setup. I need a light setup for 12/24 hours events, normally in summer (we live in the italian Alps, yet that means up to 38° celsius degres in the hottest days). What me and my team mates already have are replicas of Diemaco C8 SFW from our UK kits, and these is the first reason for looking at Norway SF, the other one is that nkamo it's wonderful.

- bonnie in nkamo, NFM (where we need them, we will use replica of Ops-Core Fast helmets in tan color);

- vest M10 in coyote brown, pouches with the same color from NFM;

- trousers in nkamo, Garm 2 from NFM;

So, here my lot of questions:

A) where to find M10, I saw only some players sells them as second hand. I had found that there is a polish tailor that made M7, I had sent to him the question if he can do also the M10, but there are any other way to get them? Or we can use a different vest?

B) on norsegear website I found the Garm 2.0 appareals in nkamo, someone has real experience in summer with them? From NFM official site I saw that there is at least for the jacket a version for hot climate, but I cannot find it, where it's possible to get them?

C) what backpack I can use?

Thank you in advance for your help.
Toppen

Hi, welcome to our forums.

If you absolutely want to do a correct Norwegian kit, I'm afraid you're going to have to re-focus, and change either your rifles, or switch camo to Multicam.
Our SOF are all decked out in Multicam these days, and have never really been big users of the NFM Bear vest either.

This is what a Norwegian SOF recce kit looks like these days; 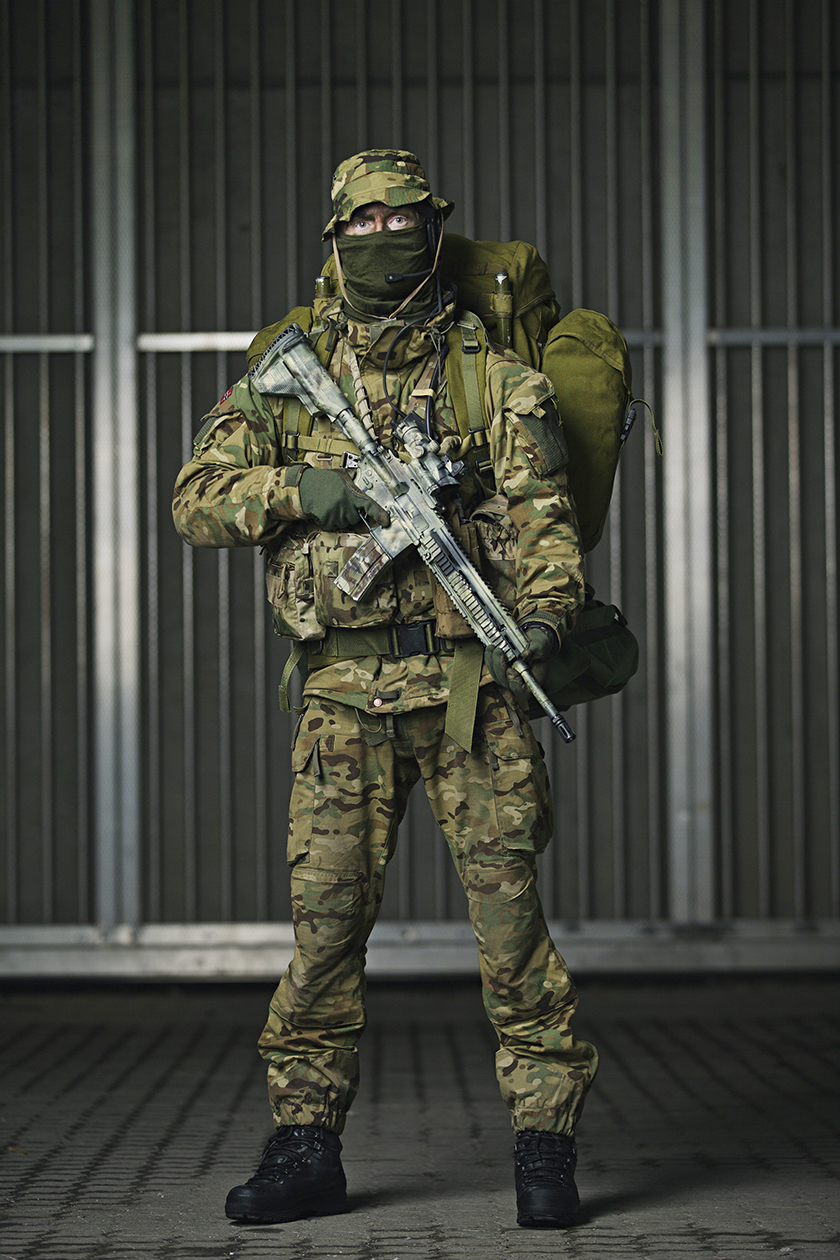 My suggestion would be to switch focus to the regular Norwegian Army, and replace your C8s with HK416N rifles instead.

The NFM Bear II MOLLE (M/10 vest) has become fairly scarce on the second-hand market these days, and are not commercially available anywhere.
Your best bet would likely be to pay attention here on the forums' sales section, as well as the Facebook groups "Norsk Milsim", "Brigade Yggdrasil" and "Norse Sales Group" for anyone selling them, combined with making the occasional WTB-post yourself.

Some people might suggest the NFM Heidrun as an alternative. DO NOT LISTEN TO THEM. That rig is a steaming pile of garbage, and a frontrunner for the "worst chest rig in the world"-award.
You'd be better off buying another commercial rig in Coyote Brown instead. The Eagle RRV and TT MAV in Coyote has seen a fair bit of privately purchased use, among others.

As for the Garm 2.0 clothing, only the Combat Shirt and the Combat Uniform are commercially available from Norsegear at present.
The combat shirt should be well suited for your warm environment, but the combat uniform is a heavier all-year uniform designed for a Norwegian climate, and will likely be too warm for your use.
While it hasn't been issued for quite a few years now, I've had good success with the Cato-Ringstad M/2000 trousers in hot weather, as they're a much lighter Ny/Co uniform.
There are also tropical uniforms in Norwegian uniforms made by a few vendors for the Norwegian military, but none of them are commercially available, so you'd have to find them on the second-hand market as well.

As for a backpack, the issued combat pack is based on a Bergans of Norway design, but I am not certain who is currently producing them for the Norwegian military.
These also pop up on the second-hand market every now and then, but I do not know of any retailers selling them commercially.
Another alternative is the Eberlestock Operator Pack, which is issued to marksman/sniper squads in various army units.

A couple commercial alternatives are the FIrst-Spear ECP and the Arc'Teryx LEAF Assault Packs in coyote color.
Toppen

Thank you a lot for your response, very detailed.
Toppen

@Ulfhednar Ty, I saw them but I think that I need bigger size, normally i wear XXL.

Other questions:
- with TT MAV, you mean Tasmanian Tiger Chest Rig mk II, I ask because it's not for me clear what you mean for MAV and I had remembered that I have one in coyote in my collection;
- there is any source for NFM Combat shirt in Nkamo? I mean, even norsegear.com doesn't have them (while seems that norsegear.no have them), it's seems like NFM doesn't sells them outside Norway;

No, I mean the Tactical Tailor MAV.
I honestly don't know about the .com-website, but Norsegear is owned by the NFM Group, and the only commercial outlet for anything made by them in Norwegian camo.

I just checked the Norwegian site, and it's currently in stock in most sizes.
Toppen

Thank you as alwasy, you are a great help!
Toppen

Now I'm closing to get everything I need (at the end I will point to a setup similar to the one posted by joachimjensen), but I have a question: what are the personal radio set that are used by Norway special forces?
Sist redigert av LucaBorz den 8. juli 2019 kl. 9.22, redigert 1 gang totalt.
Toppen

You are really helpful as always.
Toppen

Here's a picture of an NFM Bear II vest I was issued once upon a time (set up for a right-handed shooter): 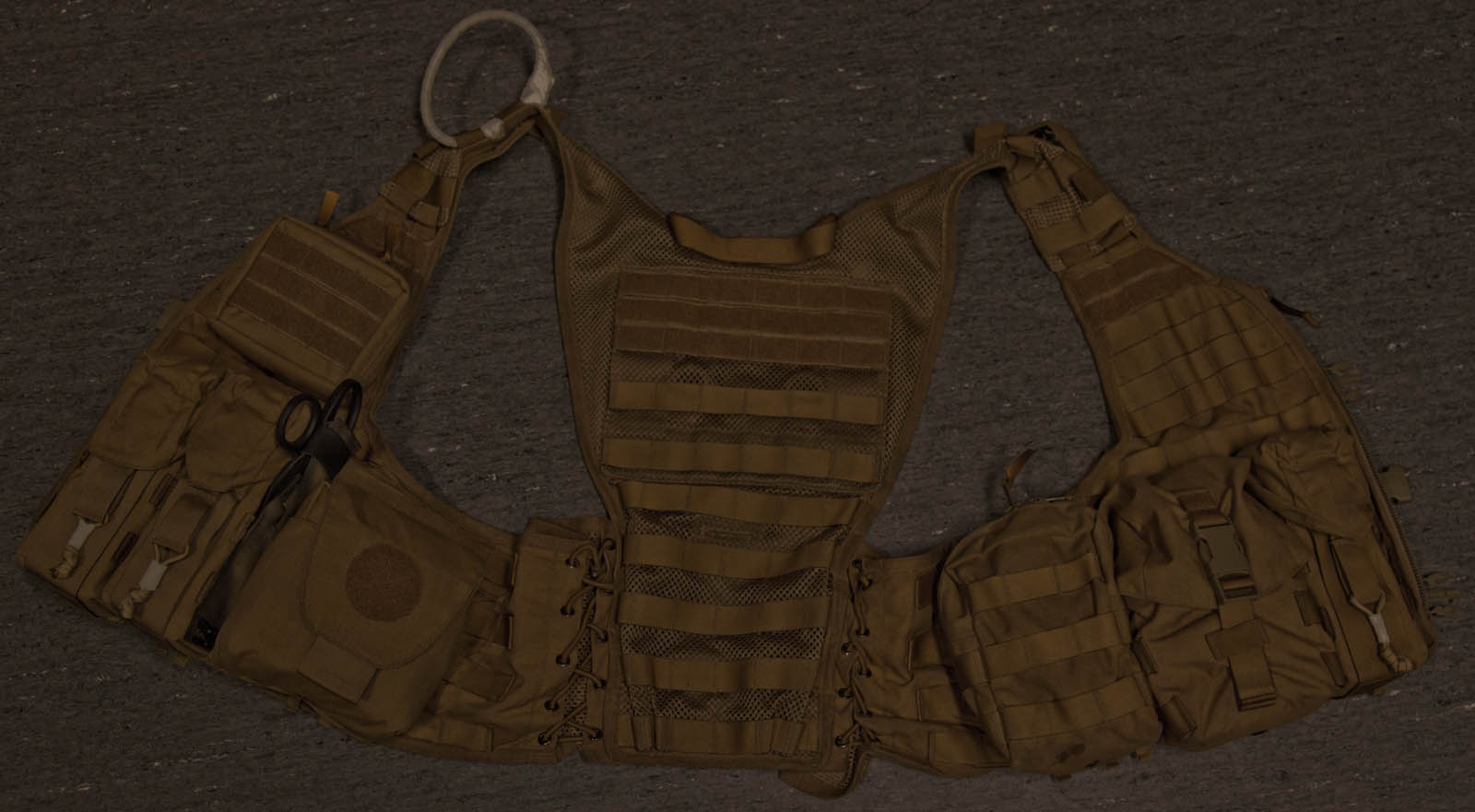 From (picture) left to right:

Add tourniquet, dump- and grenade pouches as needed.
To conserve the limited MOLLE space on the vest (and keep the back clear for carrying Recon Packs), we usually carried our radios inside the internal zippered pocket of the Bear vest, on our left side.
Toppen
Svar
12 innlegg • Side 1 av 1